Due to annual holidays shipment of orders will be delayed until Monday 24th June.

We apologise for this inconvenience and if it's not urgent please order as usual. 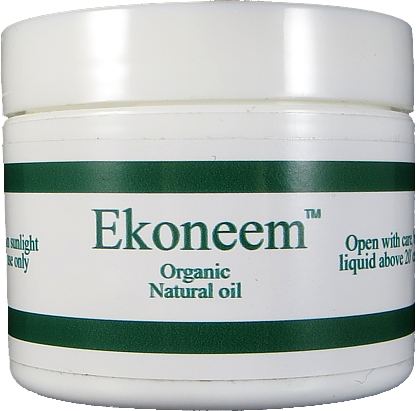 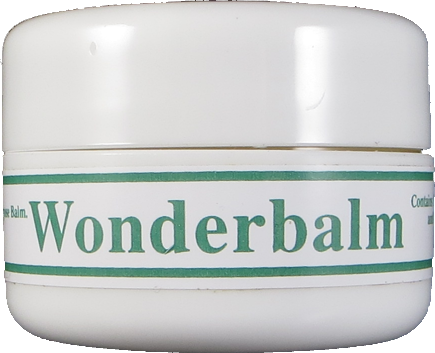 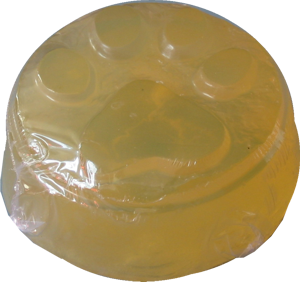 Neem oil contains Azadirachtin which deters biting insects. It is a powerful repellant to any mite, flea or tick infestation which can often cause skin problems and hair loss.

The essential compounds of Neem are absorbed by the skin and are spread through the sebaceous glands, this has a cumulative effect.

It is completely safe for external use with no side effects and can be applied to the sensitive parts, including around the eyes, which is remarkable in such a powerful oil.

EKONEEM IS EXTREMELY EFFECTIVE ON:

The action of Neem Oil maximises the natural immune system and promotes the natural healing process with its anti bacterial properties. Neem Oil helps to maintain skin hygeine without causing further irritations. Neem has no known side effects. It is important to use the best quality cold pressed neem oil to get the best results from its range of properties, and EKONEEM import directly from India from contacts they have made personally so, beware of poor quality cheap alternatives.

Buy online using PayPal and have your order dispatched within 24 hours.

Don't have a PayPal account? No problem, just use your credit or debit card.

Keep Neem Oil cool and out of direct sunlight.

WHAT OUR CUSTOMERS SAY

My dog is now free of fleas also my son's verrucca has vanished thanks to Ekoneem neem oil!. JH Perthshire.
"I think Ekoneem Neem Oil is fantastic. I would recommend it to anyone with horses." AR - Horse Owner, Meikleour
"I started using it on the Friday and... by 10 days he had stopped (itching) altogether. It also stopped the mosquitoes from biting...

To read more from our satisfied customers click or tap here...

WHAT USERS ARE SAYING.

"I think Ekoneem Neem Oil is fantastic. I would recommend it to anyone with horses." - Mrs. A Reader - Horse Owner, Meikleour

"Thank you for sending me neem oil so quickly. I started using it on the Friday and within a week Alfie had nearly stopped itching. By 10 days he had stopped altogether. It also stopped the mosquitoes from biting the two puppies who live outside and stopped the rash and wet patches from spreading caused by these bites." - Sue Kendall - Casbrion Rottweilers.

"You very kindly sent a pot of Ekoneem which arrived earlier in January. I am very pleased to report that the scabs have completely gone on my Beagle's side together with the red patches. The coat has very nearly grown back and I feel happy to start entering her again for shows." Sally Kimber - Coachbarn Beagles.

"Dear Hilary,
I am writing to say many thanks for sending me your product "Ekoneem" it has worked really well with Belle our Cocker Spanial. Belle has an adverse reaction - to what we do not know - but regularly gets small spots which turn flaky and scabby and take ages to go. Since we have had Ekoneem neem oil, which we have applied to the affected areas, it soothed the irritation allowing her to heal naturally within a week." F.A. Watson - Dorset.

"Dear Mrs Thomson,
I'm happy to say the oil "Ekoneem" has had a very marked effect after only 3 days use. The scaly type scurf has disappeared and the scratching has virtually stopped. I have already recommended it to other dog owners who's pets have long term skin irritations. Yours sincerely"

"Dear Mrs Thomson,
...There was no immediate improvement noticed on my bitch's scratched coat, but after about four days it became obvious, then rapid improvement took place enabling her to be shown at LKA less than three weeks later.
I used about half the pot rubbing it in twice a day, morning and evening. It was quite acceptable to the bitch who made no attempt to scratch or lick it off.
I have therefore no hesitation in recommending EKONEEM as I have mention in my "Dog World" Beagle Breed Notes. Thank you for your help." - David Webster.

"Dear Mrs Thomson,
Re: Purdey - Pointer bitch - 4½ years old.
Thank you for supplying Ekoneem. Our pointer has a very bad itchy patch on her face which she scratched raw. Various other remedies cleared the area temporarily, but within a few days Purdey started to scratch the area and it broke out again.
Then we received your Ekoneem, we have used this twice daily for 2 weeks and then once a day at night. We cannot believe the result, Purdey's hair is growing back and she has stopped scratching. We are so grateful we have told our "doggie" friends and have given them copies of your leaflets, enclosed sae would you kindly send some of your leaflets to pass around. Many thanks." - M Miller

Our Jack Russell had an itchy rash on his tummy on which nothing had any effect. Ekoneem stopped the itching overnight, the rash has gone and now the hair is growing back.
A. Burnett. Yorkshire.

My 7 year old Irish Water Spaniel had a persistent bald patch about the size of a two pence piece under one eye, which nothing would clear. Ekoneem neem oil cleared it within 14 days. My sister's dog had a very sore wet patch on his back for which various remedies had no appreciable effect. Again Ekoneem came to the rescue - it soothed the irritation allowing the her to heal naturally and the hair is re-growing all within 14 days.
P. Barrington. Gloucester.

I recently purchased Ekoneem to use on my bitches scaly skin. I am pleased to say it has completely cleared up - the dry skin just seemed to lift up and come off. I have recommended it to several friends since.
S. Farely. Teeside.

I am happy to say Ekoneem neem oil has had a very markeed effect on my dog after only thre days. The scaly type scurf has disappeared and the scratching has stopped.
K. Finch. Manchester.

I originally bought Ekoneem to help my young Gordon's cracked pads and it worked well. I have since used it on a nasty looking rash which erupted on one of my old Gordons - it soothed it immediately allowing it to heal naturally in 3 days.
T. Thomas. Chelmsford.

My dog is now free of fleas also my son's verrucca has vanished thanks to Ekoneem neem oil!.
J. Hobhouse. Perthshire.

My dog had nasty scratched areas(it was so bad I was ashamed to take the poor girl out in public) with big bald patches on her head and down her back. I tried Ekoneem and was amazed, she stopped itching, her skin started to heal and now the hair is growning back beautifully.
S. Fulmer. Birmingham.

I used it straight away on my Chow who has itchy paws. Has had surgery on one this Summer but still bites, nothing was working. Low and behold Ekoneem soothed it within hours. Couldn't believe it.
Mrs B. King.

I have just had a grateful call from Jacqueling Brandish of the Corramundi Bull Terriers in North Wales. Her four-year-old mahogany brindle bitch began having sore feet about 18 months ago, since when she has had increasingly sore feet. Jacqie says she was at her wit's end to know how to ease her beloved bitch's discomfort.
She said she read about how well Ekoneem had worked in my column and rang for some, which arrived by the next post. Wihin just 12 hours of the first application, Pepper had stopped biting herself and the skin on her feet had turned from bright red to a normal healthy colour. Jacqueline is so grateful to have her own happy, playful bitch back once more.
'Dog World' - Jane Lilley

"Recently I developed itchy patches on my scalp underneath my hair, also on my legs below my knees and on my hips. I didn't think much of it at first and got used to a little scratching every day, but it persisted and slowly got worse, probably exacerbated by the scratching.
I use Ekoneem neem oil as a cure-all for my horses, applying it as an antiseptic disinfectant to any wounds that happen. These wounds seem to clear up very quickly and the hair re-growth is remarkably quick.
I decided to try it on myself to alleviate the itching. I started washing my hair with Ekoneem soap which contains neem oil, and the results were immediate. The itching stopped almost completely. I uses Ekoneem neem oil on my legs after showering and this kept the itching at bay. Although the itching on my legs was a little more persistant, after about two weeks of regular washing with Ekoneem soap and then applying the neem oil, the itching stopped completely and the red blotchy patches disappeared. Go to a doctor for skin problems and likely you'll get steroid cream and antihistermin, both drugs with appalling side affects, and I can say from first hand experience that they do not work. The skin problems always return. So, I would recommend Ekoneem to anyone who has persistent skin problems because it worked for me.
Three years ago my horse developed a small sarcoid on her teat about the size of a golf ball two thirds of which was below the surface. I used Ekoneem oil twice a day for many months and it successfully reduced the size of the sarcoid to about half an inch in diameter. The truth is that it never got rid of the sarcoid completely but it was clearly helping. Truely remarkable stuff". Mark Carter

Click here to open these testimonials in a new window